Internet now a days is a lot more complicated than it used to be since the number of people using the internet has rapidly increased. Due to this The ISP’s Or the Internet Service Providers have to push out a lot more Bandwith to their customers to meet the current demand.

So technically it should go all according to order. Customer Pays for Internet, The ISP’s Provide them simple, isn’t it?

Yeah no, it’s not that simple any longer since the number of people using the Internet for Various activities have increased 100 folds in the past decade.

1. So what is this so called Internet Upstream ?

First of all, what is an upstream or what do we mean when we say internet upstream, you happen to Have heard about it from many network enthusiast who reluctantly put the blame on it when your internet fails to work properly specifically for gaming.

In computer networking, upstream refers to the direction in which data can be transferred from the client to the server, more like Uploading.

Your Internet Service Provider Uploads the Data, Which You Download – in very layman’s terms.  You as a Client / User Is Considered a Downstream.

More about Upstream and Downstream in theory

2. How Will You Find out Which Upstream You are Currently On?

Had It Been 15 Years Ago, This Question Would Have a Very Simple Answer, if Organization a Is an Internet Provider, and You Happen to Be Using Their Service. Then There Was More Than 90% Chance That Organization a Will Be There Upstream.

Now a days Most of the Internet Service Providers are multi-homed. That means they have multiple Upstream providers. That is why It is not possible to decide unless you use it and test it out yourself.

Here is an easy way How to Find Out Your Upstream is.

Tracerouting Using any destination network IP will work unless it has a Peering agreement with the ISP. Using 8.8.8.8 – Googles DNS IP won’t work since it is peered. Neither will 1.1.1.1 – Cloudflare DNS IP. Any uncommon website’s IP should suffice the cause

If you happen to be a gamer, you may find the mentioned IP address very familiar.

Follow Same On Mac / Linux Use Terminal There Instead of tracert, Use the command traceroute followed by the mentioned ip address.

Am Currently on Windows Operating System, Where a Dialogue Window Will Show Up Showing Details Followed by Numbers Then Results With Written “MS” Which Happens to Be Ping

Now how to find out which is your Upstream, To Understand that you need to be aware that network ping varies based on distance. The more the distance is the more it increases.

Now in this scenario, Ping times between <1 to 50 are inside your country,  More about Ping and Distance

Is the last visible advertised hop in the Routing Table, When You Take this IP and View it in Ip Lookup It Shows TATA Communications.

And When it Exits India and Enters Singapore, Where the Server is Situated. 180.87.36.41 it will Show the Same TATA Communications.

Note that, I am using Alliance Broadband Service as My Internet provider. And I am Allotted TATA From the Multiple Upstream brackets which they offer.

in short, Alliance Doesn’t Provide Me Internet Directly, They Take it From TATA then Allotted me a shared percentage (For Customers) Which on Every Recharge is Renewed and I get to use Internet.

For Corporates, Its Different.

3. Is your Internet’s Upstream Responsible for in Game Packet Loss?

This is a very Complex Question and Sort of Hard to Answer Fully. Its like you cannot directly point fingers at your internet and blame it for Providing you an upstream that makes your game go laggy, gives you packet loss and hampers your gaming experience.

Or possibly your download / upload speeds are all over the place.

Considering My Scenario There is No Packet loss when I am tracing route to the server, TATA is a very old upstream, ever since it acquired VSNL it has networks vastly spread globally and is one of the most reliable upstream to exist till date.

4. Now it’s good but why does it suck so bad when it comes to gaming?

The answer is both yes and no at the same time, while you happen to see that you are getting loss in game, but when you are pinging the game servers ip from command prompt nothing appears, its because its every Upstream an ISP’s Responsibilty to provide a clear path to the game server or any server. If you could find problems that show up in their end, i.e., with command prompt ping and traceroute results, they will fix it as soon as possible.

But here is where things get interesting, everything from your end is crystal clear and you still happen to be plagued by in game packet loss, bullet registry issues, frame interpolation and what note.

There can be multiple problems to this situation, Starting with but not limited to.

Getting Reverse Traceroute from your Game server is a task almost impossible to do, For Servers such as VPN’S or any Corporate firms that you work under, You have that opportunity to talk to your network administrator and sort it out accordingly, but here in the case of Lord Gaben, Steam and its Customer Support. Well known for not replying to emails, its really a bad luck here.

5. Will I ever Get to Fix or Even Change My Upstream?

Yes My Friend, You can, Depending on 2 Scenarios, If you can convince your internet provider with valid reasoning and examples they can change your upstream, but it will be a temporary do over, I’m sharing my personal experience.

On the other hand you can switch your internet and then find out TATA says hi again.
Or Here is what I did to bid this problem of in game packet loss Away.

If you happen to See this Result of Traceroute from Using Cloudflare, 2 Things Are Visible

Now here is the Fun part, My Previous Career (Upstream) Was TATA, Now I Managed to Get Airtel, Considering added 5-10ms in game ping extra. Yet All of my in-game packet losses disappeared and I can play games to my hearts content.

If you cannot install Cloudflare warp, or it misbehaves when you install it, like webpages don’t open, chances are that your ISP is blocking a VPN, when you will confront them with the issue, they will happily fix it.

I hope this article has helped you. ill be posting a follow up to this article where ill be explaining how perform a reverse traceroute from a location close to your game server and get details as close as possible in the near future 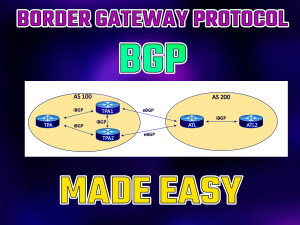 BGP or the Border Gateway Protocol – Made Easy Network Switch, How To Pick One in 5 Easy Steps 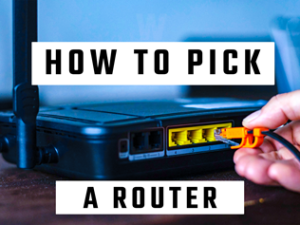 How to Pick The Perfect Router, 5 Things You Should Look For