The past few years have seen a massive rise in GPU prices thanks to market demand and chip shortages, scalpers, miners and whatnot. Gamers have been especially hard hit adding extra pressure despite brands taking LHR Measures. However, perhaps January may be the month we can say we started to really see a decline in GPU prices, in the ever hopeful march back to normality.

3DCenter (Source – Videocardz) has been tracking GPU prices in German and Austrian retailers during these unprecedented times. Despite seeing cards selling for their highest prices since April just a few months back, so far January has seen two distinct price drops.

For Nvidia GeForce RTX 30-series cards like the RTX 3090, sales fell to 185% of their retail price early in the month and are now down to 177%. AMD saw a similar trend with prices dropping to 178% and then again to 167% of the MSRP. This means cards like the AMD Radeon RX 6800XT are selling for between 1279-1559€, which is still a far cry from the MSRP but at least it’s getting closer. Slowly. Hopefully this trend will continue and spread throughout the rest of the world.

What To Expect From Upcoming GPU Prices

We can be cautiously optimistic about this at the moment. Sure, the chip shortage is still seeing companies desperately scramble to try to make up for market demand. However, we are seeing new budget GPUs starting to appear to help pick up some of the slack.

This, combined with a recent drop in crypto prices and Ethereum’s upcoming move to Proof of Stake means the demand for gamer graphics cards for mining may dry up. Of course we are likely to also see the market flooded with used cards when this happens. Buyer beware on those as they might be well and truly worked to the core, but there may also be good deals to be found.

Lets Just Hope that Situation Reflects in India too. Either Scalping or Shortage, We People Always paid absurd amounts on the first place, the situation only have gotten worse, As With The Recent Launch Of the RX 6500XT The Sub 200$ Contender Is On Indian Store Shelves At a Way Higher MSRP Than Expected, The Model That is around the 200$ Mark Is Out of Stock..

Check Out My First Thoughts on the RX 6500XT 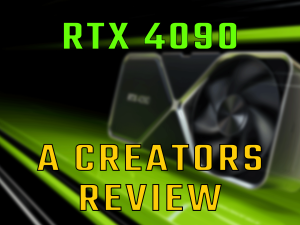