First of all, a MUX switch lets you disable the integrated graphics in your gaming laptop, letting it to increase the in game framerates but at the cost of battery life.
To understand what exactly is a mux switch, you need to understand how Optimus works in conjunction.

Most gaming laptops are marketed with this term, Supports Nvidia Optmius, now you might be wondering that what is it.

Well Recent gaming laptops have two GPUs started with the integrated graphics (IGPU) which being a part of the processor itself, either Intel or AMD and the dedicated or discreet graphics (dGPU), Nvidia Geforce MX450 or a GTX 3050 for example.

The dedicated GPU in most cases is more powerful, so it sips more power, which is not ideal considering the device is portable and battery life is a priority. Despite using the beefy graphics all the time, when its not needed the lower powered integrated graphics is used instead.

Whenever the system detects a heavy load, for example a 3d application or a game the dedicated graphics is used then. This is Optimus doing its work, also known as MSHybrid

Most gaming laptop now a days which ship without a mux switch tend to fall back from fully utilizing its dedicated graphics full potential as when running a game, the frames are generated on the discreet GPU, but they are first send through the iGPU before reaching the screen, this is because the laptops display is wired through the integrated graphics.

This means that in many scenarios the IGPU acts as a literal bottleneck, and this is why being able to disable Optimus results in a performance improvement in games. Down below I have linked a video Which explains the Optimus On vs Optimus Off Performance Figures, and why you should look out before buying a gaming laptop

It all depends on your workload, through games with higher framerates like eSports titles such as Valorant, CS-GO which typically sees a massive performance increase with the Integrated Graphics disabled

What is a Mux Switch ?

A MUX (short for Multiplexer) switch lets us manually enable or disable the integrated graphics. It does this by physically changing the connection between the GPU and the screen. Being able to disable Optimus therefore requires that the laptop has physical hardware support for this feature.

This is not something you can upgrade yourself. You cannot simply disable the integrated graphics through device manager in Windows, this does not change how the GPU and screen are physically wired.

A system restart is required after enabling or disabling Optimus through Windows software to apply the change. This is a bit of an inconvenience if you’re changing frequently, but if you’re always gaming on wall power anyway then it makes sense to leave Optimus disabled. With Optimus disabled, the integrated graphics are no longer available.

They don’t show in task manager anymore, instead only the discrete graphics are available. This is much more like a regular desktop PC now, where the screen is connected straight to the high-powered GPU. Gaming performance should now be improved, but your battery’s mileage is hit, if u plan on gaming without hooking your laptop to mains.

With Optimus Enabled Earlier, Nvidia’s Shadowplay could only work within games for screen capturing, to use shadowplay outside of games with other software’s or just windows desktop would require a direct connection between the screen and Nvidia GPU

With the ability to disable Optimus Shadowplay can work just like it does in a gaming PC and it lets you use G-Sync on laptops that have a G-Sync compatible panel.

Having Mux Switch is Costly and What if you Don’t

Without a MUX switch, your gaming laptop is either stuck with Optimus enabled or disabled, you cannot change it.

Personally, User’s choice is best. If you want maximum gaming performance while running a game you can, then if you need maximum battery life at school or in the office you can do that too. The downside is of course that inconvenient reboot, but this may soon be a thing of the past.

And if you don’t have a Mux Switch No problem! You can still boost gaming performance by instead attaching an external monitor to your laptop. Just as long as the display output connects directly to the discrete graphics rather than the Intel or AMD integrated graphics

What is AMD Smart Shift

AMD’s SmartShift technology dynamically changes the power in the laptop to boost the performance of either the CPU or GPU depending on the task. The technology, if implemented correctly, has potential since most processes favor either the CPU or the GPU. Gaming is heavily based on GPU (it does not mean CPU remains idle)

SmartShift changes the power dynamics to boost the performance of the GPU. In contrast, the rendering programs favor the CPU, and hence SmartShift boosts the CPU performance during these tasks. AMD claims that it can increase the overall performance of the laptop by 14%. It uses machine learning algorithms to determine which component requires more power.

The idea behind Nvidia’s Advanced Optimus is basically an automatic MUX switch, so no need to reboot to swap between iGPU and dGPU. Basically, when you’re just using your laptop to browse the Internet, the integrated graphics will be in use, but then when you load up a game it will swap over to the Nvidia graphics only for full performance.

NVIDIA Dynamic Boost is similar to AMD’s SmartShift that’s in the Ryzen 4000 Mobile CPU and Next gen console (Mark Cerny has confirmed this for PS5) except Nvidia’s solution will work across Intel and AMD CPU instead of AMD’s tech only works with AMD CPU and GPU, More about it here 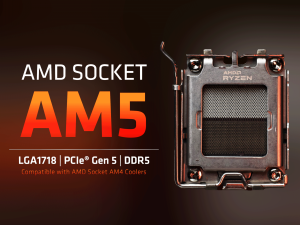 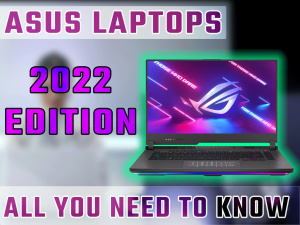