Before drawing the conclusion that Snapdragon 8 Gen 1 is useless, or that it fails miserably against the likes of apple a14 / a15 bionic – Let’s talk.

The Snapdragon 8 Gen 1 according to Qualcomm delivers Ground-breaking innovations in AI, photography, gaming and connectivity and “only for premium devices, deserve premium experience”

Although the Snapdragon 8 gen 1 is an upgrade in pen and papers, It brings in 5G platform improvements with a new x65 modem for better connectivity. Mind you 5G is irrelevant here in India, so yeah, it is what it is.

Better Cameras for everyone as per claimed by the company!

The new chip brings in a lot of gaming improvements too, the audio chip remains that same old 16-bit one, but these are nothing to talk about as the chip suffers intensely from possibly a bad bin from TSMC? For the 4nm node, I don’t know you be the judge.

At least, this was spotted on the first phone to debut with the chipset, the new Moto Edge X30, What’s more are the throttling and heating issues which are prone to arrive in smartphones from other OEM’S as well. The previous Snapdragon 888 and the SD888+ chipsets were based on the 5nm architecture, on the other hand, the Snapdragon 8 Gen1 processor is based on a smaller 4nm build.

The new chipset on these phones might still heat up due to the processor. For instance, long hours of gaming or video playback might heat the phone. At least, this was spotted on the new Moto Edge X30. Additionally, Android phone-makers have been trying to build phones with sleek chassis.

This would further cram all components of the phone in a smaller frame, which might increase its heating issues. Moreover, a plastic body for a sleek smartphone might further spike its heating issue. Currently, the Moto Edge X30 is the only phone with the new Snapdragon 8 Gen1 chipset. Several new phones are lined up for launch with the new processor. It remains to see if they would have similar issues as well.

Genshin Impact is one of the most popular games on the Google Playstore right now and has become somewhat of a benchmarking tool for smartphone reviewers due to its high CPU and GPU demands.

Although, the game developers have released a new update for Genshin Impact that adds support for the new Snapdragon 8 Gen 1 SoC and upcoming MediaTek 9000 SoC devices, which i will be covering in a later article. The changelogs now show that post update, the settings will no longer be stuck at “default” and can be changed according to the user’s needs for the best experience.

Snapdragon 8 Gen 1 Synthetic Benchmarks VS – A14 Bionic – A15 Bionic

Talking about CPU performance, the one that scales the most, and the most important factor while considering long term life from an Android device, since GPU driver updates, project Treble, all this exists in another universe – a world of fantasy where the user is given privileges, coughs to root… uh, this never gets old.

Have a look at the images and be the judge.

The fact is that the Adreno 740 GPU is definitely better, better than even in the a14 bionic and close to that on the a15, but does it scale ? not really why am I so confident and literally sound like an arrogant prick?

Have a look at the video below, folks from this channel managed to mod a snapdragon 845 and unlocked its potential, the overclocks and the in game performance is just unbelievable, it gives the Gen 1 a run for its money, it’s because of the earlier issues mentioned, the chip simply overheats and is very disappointing

If you still plan to buy devices utilizing this chipset (Gen1), please have a look at this video down below

Also if you want to check out my other article regarding exynos 1280 please have a look. 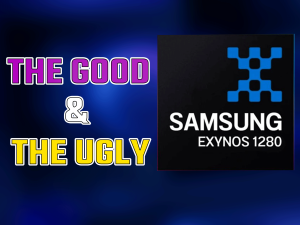 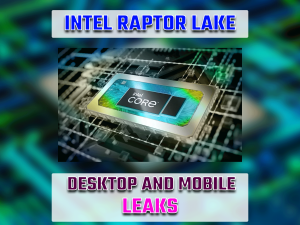